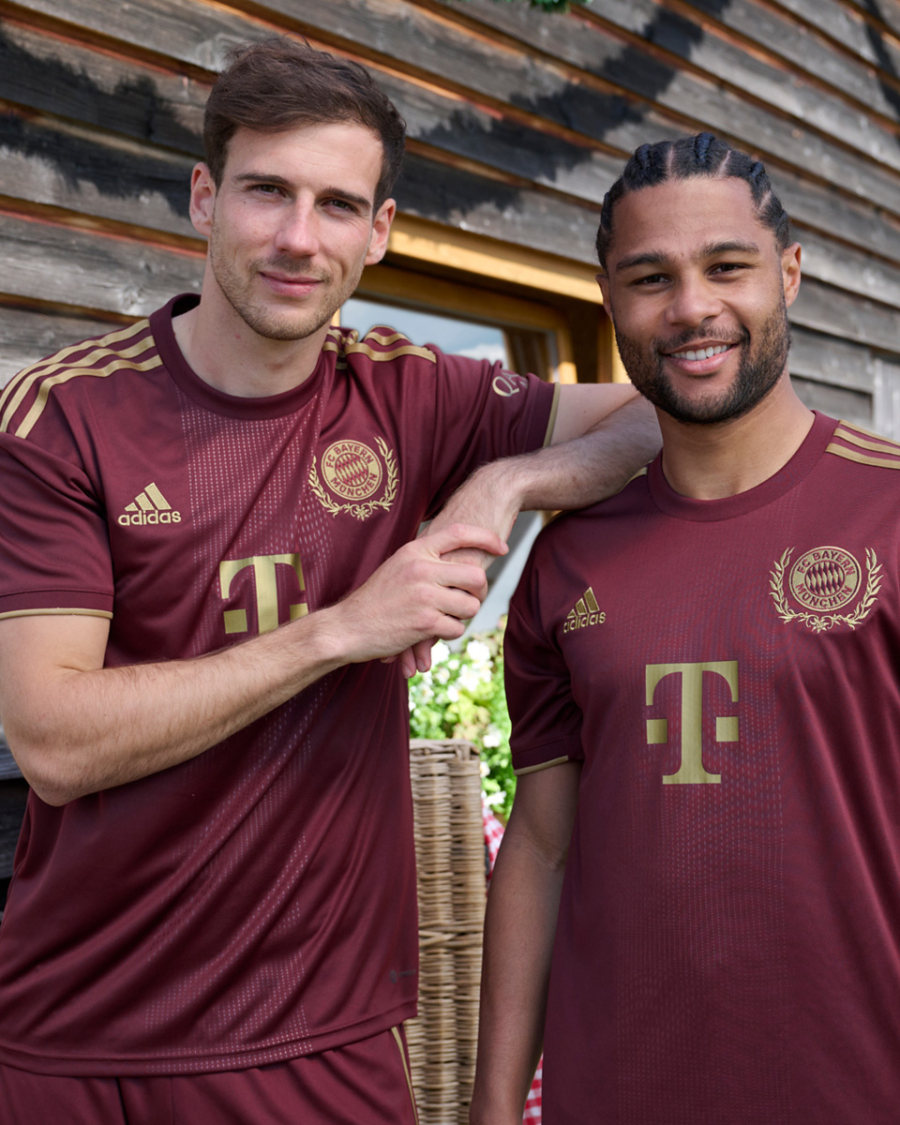 This year's special edition Oktoberfest jersey has dark red as its main tone, featuring a subtle set of diamonds running lengthwise across the front.

As with last year, the club badge, cuff embellishments and the victory stripe on the shoulder are all gold in a nod to the classic outfit.The design around the club's emblem is inspired by traditional Bavarian embroidery, with alpine tinder grass, representing Oktoberfest, embroidered on the back of the collar.

Finally, sponsor Deutsche Telekom's new logo also appeared on the front of the Bayern Munich shirt for the first time.