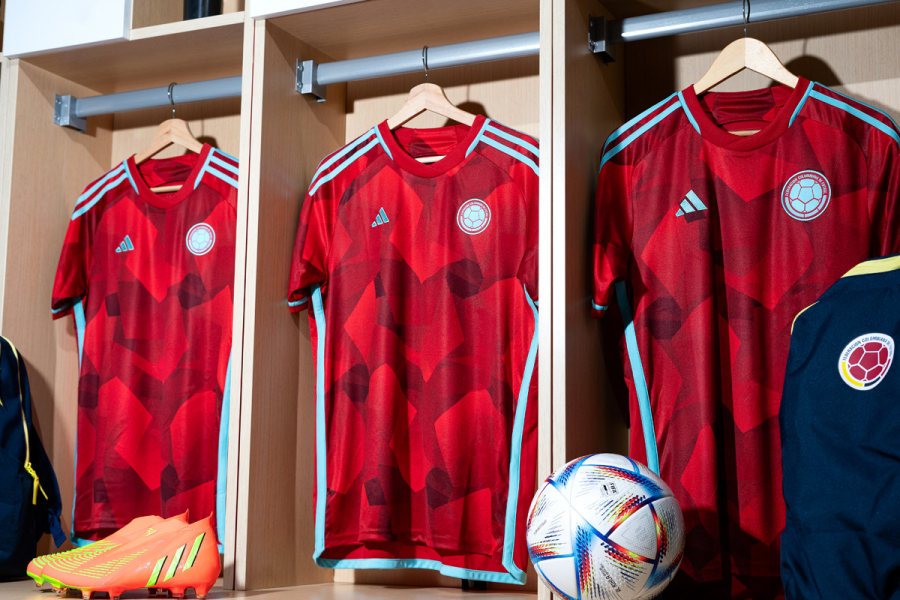 Colombian national team away shirt for the 2022-23 season

Colombian national team away shirt for the 2022-23 season

In anticipation of the national team's next official match, Adidas and the Colombian Football Federation (FCF) unveiled new away kits for the men's and women's national teams.The design of the New Jersey is inspired by the pentagon in the emblem of the Colombian Football Federation, a symbol that has defined a nation, a sport and a team over the years.

Dozens of pentagon shapes in different hues cover the front and sleeves of the shirt, creating an unprecedented unique design for the Colombian national team.

The jersey will be dropped for the first time by the Colombian men's national team on Sept. 27 against Mexico in Santa Clara, Calif., as part of the team's U.S. friendly.Meanwhile, the Colombian U-17 national team will wear the shirt at the 2022 FIFA U-17 Women's World Cup in India in October.

Juan Motta, Marketing Manager, Adidas Colombia, commented: "For Adidas, innovation and inspiration are always the fundamental pillars of the company.For this reason, we want the jersey to represent the values that our men's and women's teams display in every away game, and we want every Colombian to remember its design, unique style and innovative colors."

The new players' home jersey is made of recycled fabric with the concept of sustainable development as the core.Equipped with Adidas HEAT.RDY technology, promote perspiration and air circulation, create a dry and comfortable feeling, and help players cool on the court.The fan version of the home jersey is equipped with AEROREADY technology, which absorbs sweat, creates a dry body and keeps fans prepared.

Ramon Jesurun, president of the Colombian Football Federation, said: "We are very pleased with the new design of the Colombian away kit.It will be a great pride to display the shirt at the men's national team friendlies in September and at the FIFA U-17 Women's World Cup in October.I thank Adidas for their continued support and for working with us on the development of our men's and women's foot sport."